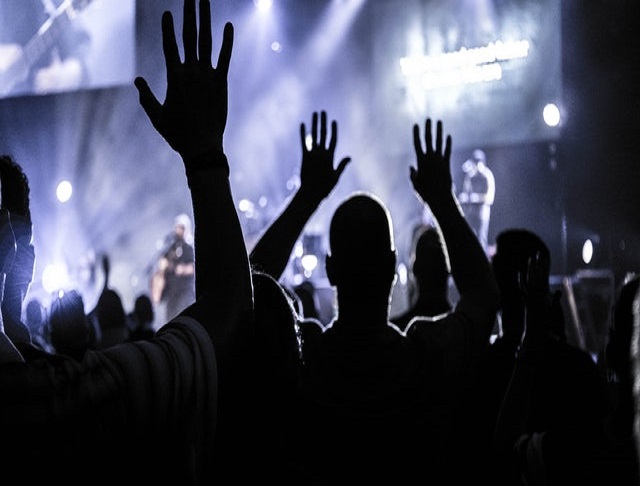 I got a little jolt in my understanding this week as I sat in “worship” on Sunday.  Believe me, I won’t do justice to the topic here so if you want to get your own jolt, assuming this isn’t something you’re already aware of, you can see the sermon here.

I’ve always known, well, heard about but not fully understood the concept of spiritual warfare.  I mean the Scriptures are full of references to it, so, yes, I knew I was “in one;” a spiritual battle.  But I really had no clue.  Words on a page without a real connection to my head and most definitely no connection to my heart.  Ephesians 6:10ff tells us God has equipped us with offensive and defensive armor for the battle.  He’s known for all the ages exactly what we need to win the daily battles – the war is already won.  Goodness, once again the Bible is full of references to that as well.  If you really want to be steeped in the “we win” culture, wade into the book of Revelation!

It’s not a battle with flesh and blood but against the forces of this present darkness.  There’s spiritual armor that we need to put on – the belt of truth, the breastplate of righteousness, the shield of faith, the sword of the Spirit, the word of God.  We need armor to douse the flaming arrows of the evil one.  So, yes, I’ve read about spiritual warfare.  Did I get it?  Did I understand it?  No.  Not really.  I never understood how putting on something that I can’t touch really serves as armor in a battle.  I was looking with earthly eyes so of course I didn’t get it.  I believed it to be true because even in my worst addicted days I believed the Bible to be inerrant.  But I didn’t understand it.

God knows me so well.  He knows that for me to really hear Him (I’m getting better!) He needs to tell me the exact same thing at least twice.  A week or so ago in one of my devotionals He explained to me that when we put on and use our Spiritual armor, it affects the Spiritual world; that which we cannot see but exists none-the-less.  It seems simplistic but it was explained in such a way that suddenly the light came on.  When I wield the Word of God and hold forth the shield of faith I am affecting the fight I cannot see.

That was the first glimpse.  Then comes Sunday.  I really, really like Sundays.  Regardless of which pastor is speaking there is always something new for me.  Always.  So Pastor Mike starts off with, “Worship is Warfare.”  As I said, I won’t do the topic justice but like our spiritual armor, when we sing praises to God it sends ripples through the spiritual realm that get wider and wider and have a bigger and bigger effect on the war raging there.  I was dumbfounded and SO excited.  I like music.  I think it’s one of God’s most fantastic creations.  So to know when I sing out in the car (alone!) or in the mornings during my prayer time I’m kicking some demon’s behind even though I can’t see it, I get jazzed about it.  Sure, it affects me as well.  I can’t sing those phenomenal worship songs without my heart softening and the tears running.  I’ve been forgiven so much.  I’ve received Grace beyond measure.  What an honor to praise the Most High God.

When you’ve been set free as I have and get the opportunity to praise the giver of Grace and unfailing love AND kick some evil behind – pick me.  I’m all over it!!  Praise God I’ve been set free.

Freedom is a gift from God. It is also His Promise; and He ALWAYS keeps His Promises.